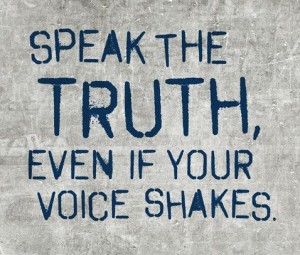 At Summer Camp a few years ago I’d loaded everyone into the minibus after an activity and was reversing out of the car park space. The bus was full of chatter as people discussed the fun they’d had, the radio was on, and the guy in the passenger seat starting making a loud fuss about something. He wasn’t using words, only weird noises – totally incomprehensible, but clearly very urgent. My brain was trying to make sense of his attempt to communicate, but without success. Then it happened. *CRUNCH* And the minibus jerked to a halt as I’d hit a steel post. I felt embarrassed, some of the passengers were worried, but most started laughing – except the guy in the passenger seat. He sat looking at me like I was stupid – he simply couldn’t believe that I’d hit the post. He was totally incredulous – because in his head he had been warning me that I was going to hit it and was telling me to stop – unfortunately what came out of his mouth was nothing like that. We’ll come back to the story of the broken minibus in a minute…

Writing to the church in Ephesus, the Apostle Paul says that we must ‘speak the truth with love‘ [Ephesians 4:15 – ERV]. Another version puts it like this: ‘love should always make us tell the truth‘ [CEV]. Yesterday I asked if you knew someone who was self-absorbed and only wanted to talk about themselves. This short passage of Scripture suggests that we should be honest and tell them what they’re like & how their attitude affects us. That’s not going to be popular – but it’s probably necessary. That doesn’t mean we have to be nasty about it, that’s what ‘in love‘ means: that we tell them because we love them & care about them, but that we tell them with an attitude of love – sensitively. It’s a tricky balance to strike – telling the truth (not watering down what you need to say) but saying it sensitively & lovingly.

‘an honest answer is the sign of true friendship’ – Proverbs 24:26

As well as us having to say difficult things to others, we have to be ready for people to say difficult things to us. It seems odd that we might need people to speak truth to us too – surely we know ourselves better than anyone else does. But there are things which we can’t see but which others can. Just like in the minibus where I couldn’t see the post I was about to hit, but the passenger could – we have our own blind-spots.

Oh and the other lesson – make sure what you say is clear & understood. If my passenger had shouted ‘Stop! You’re going to hit a post!’, the damage to the bus (and my pride) might have been avoided ;o)

Reflect:
– if someone was going to tell me a hard truth, how, when & where would I want them to do it?
– ‘treat others as you would wish them to treat you’ [Luke 6:31]

Pray:
Father God give me the wisdom to know when I need to speak the truth in love;
Give me the courage to say what needs to be said;
And give me the sensitivity to do it lovingly.
Please also help me to graciously accept the truth when others speak it to me. 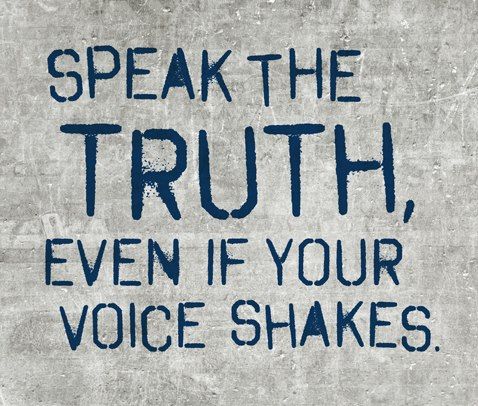