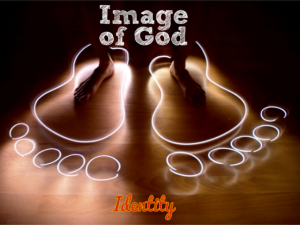 Last session we introduced the new theme of ‘identity’ and heard how God created us, and how amazing we are. This week we continue by exploring what it means not just to be created by God but to be made in His image – that gives us big shoes to fill!

24 God said, “I command the earth to give life to all kinds of tame animals, wild animals, and reptiles.” And that’s what happened. 25 God made every one of them. Then he looked at what he had done, and it was good. 26 God said, “Now we will make humans, and they will be like us. We will let them rule the fish, the birds, and all other living creatures.” [Genesis 1:24-26 – CEV]

God created the earth, the universe, night & day, sun, moon & stars, animals, vegetation & all kinds of life – and it was all good. But then He came to make man & woman, and it says that He created us ‘in His image’ or to ‘be like us’. So what does it mean that we’re created in the image of God?

Some people think of God as the mighty Creator, full of power, omnipotent (all-powerful) and that informs their picture of what God is like, and therefore what His image is like. Others argue that God is full of wisdom, clever, omniscient (all-knowing) and so that affects how they see God’s image. If you think of God as all-powerful, because you’re created in His image, you might imagine that to mean that it’s all about power – that we should rule, we should seek power. Or if you think of God as all-knowing, because you’re created in His image you might assume that you’re really clever too, and that intelligence is the most important thing. Power & wisdom are aspects of God’s nature – but it’s not the core of who He is. Let’s look again at verse 26 [NIV]:

“let us make mankind in our image, in our likeness”

The words used in v26 for ‘image’ and ‘likeness’ are the equivalent of ‘lookalike’. Take a look at these photos and see if you can name the people in them: 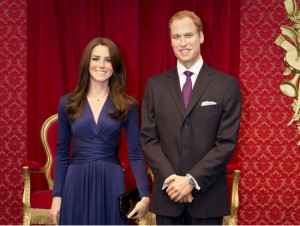 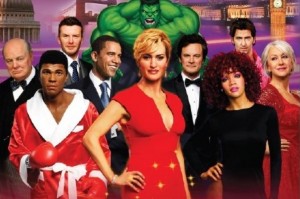 Whether or not you recognised everyone, you may have noticed something unusual about them. They are waxwork models – not real people. They’re all a very good likeness of their subject, but if you tried to have a conversation with them you’d struggle to get any kind of response. So being a lookalike isn’t enough – there’s more to being created in the ‘image of God’. It’s about image & likeness, yes. But it’s about corresponding to God.

To correspond means having ‘a close similarity or likeness’ (tick), but also means ‘to communicate with’. So being made in God’s image means not just that we resemble Him or are like Him, but that we correspond to/with Him – we communicate with Him – that we live in relationship with Him.

We weren’t just created for God’s pleasure to be workers, endlessly toiling away on a pointless existence. We were created for an intimate relationship – to correspond to Him & with Him. Jesus was sent as God’s physical image into the world, so that we would know God. He came and made a way for us to be brought into His loving communion/community, into relationship with God.

So having said all that, what does it mean for us to be created in God’s image/likeness?

The image of God is this: knowing the loving communion who is Father, Son & Holy Spirit; by the face of Jesus & His sacrifice, and by the power of the Holy Spirit, knowing the Father Almighty. Then, and this is key, sharing that loving community with others (just as God has done and continues to do). We are called to be like God & to exhibit His likeness.

If you want to exhibit the image of God
know Him & live in relationship with Him daily,
then take the love you experience
and spread it out to the world…

That’s what it means to be created in God’s image.