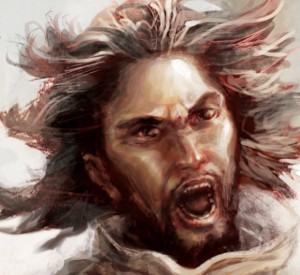 Jesus had arrived in Jerusalem for the Passover, but He didn’t go to the court or to the Palace (although He was greeted as a king), instead He went to the Temple.

And Jesus entered the temple and drove out all who sold and bought in the temple, and he overturned the tables of the money-changers and the seats of those who sold pigeons. He said to them, “It is written, ‘My house shall be called a house of prayer,’ but you make it a den of robbers.” – Matthew 21:12-13 ESV

Entering the Temple He discovered that the outer courts had been turned into a market place. The only money which was acceptable to be given as an offering was Jewish money, so anyone with Greek or Roman had to change it. But they were being charged a fee for the service. Given that there were so many visitors to Jerusalem, it’s easy to imagine that the Temple was much busier than usual, and that most of the visitors would have to change their money. If it was anything like today, it’s probable that money-changers decided to increased the fees, in order to make more from the visitors – after all, it was a monopoly.

Not only that, as we discussed on day 34, a visit to the Temple would also have involved some form of animal sacrifice. And so there were animals for sale in the courtyard. Mostly doves & pigeons – one of the cheaper options. It’s not hard to imagine that those selling the animals had also increased their prices to take advantage of the extra trade from visitors – people who would be unlikely to bring animals with them for this purpose, and so would need some way to purchase one.

When He discovers that His Father’s house rather than being ‘a house of prayer’ has been turned into ‘a den of robbers’, Jesus turns over the tables of the money-changers and those selling livestock, and drives them out of the Temple.  He totally disrupts the trading which is taking place – making further enemies along the way.

But for the Jews, the only way to be made right with God was to go to the Temple and to make their offerings – by either cash or animal sacrifice. And the traders in the Temple were, at best, extorting money out of them, or in the worst cases, were stopping those who couldn’t afford the increased prices from making themselves right with God – and at such an important time of the year too. Jesus could not allow it to continue.

Reflect:
– how does this story relate to what is about to happen to Jesus?
– notice Jesus’ anger at this injustice; what should we learn from it?

But there was more going on here than just anger:

And the blind and the lame came to him in the temple, and he healed them. But when the chief priests and the scribes saw the wonderful things that he did, and the children crying out in the temple, “Hosanna to the Son of David!” they were indignant, and they said to him, “Do you hear what these are saying?” And Jesus said to them, “Yes; have you never read, “‘Out of the mouth of infants and nursing babies you have prepared praise’?” And leaving them, he went out of the city to Bethany and lodged there. – Matthew 21:14-17 ESV

Once Jesus had cleared the courtyard, the real business of the Temple could take place: the blind and the lame came to Him, and Jesus healed them. People are made right with God as they meet with Him – this time in a more personal way than through the usual sacrifice.

Having already stirred up the Jewish leaders by His arrival in Jerusalem, and disrupted the commerce at the Temple, and declaring it ‘my Father’s house’ (a subtle way of stating that He was God’s Son), now He is irritating the Jewish leaders again by performing miraculous healings in the Temple. They saw what He’d been doing, and they heard children in the Temple crying out (as people had on the street as He arrived in Jerusalem) ‘Hosanna to the Son of David’. The Chief Priests say ‘do you hear that these children are saying about you?’ – they ask as if the children are insulting Jesus. But actually they’re praising Him and stating that He is the promised Messiah from the family line of King David.

Jesus’ response to them is fantastic. Taken at face value He seems to be saying ‘this shouldn’t be a surprise to you – it’s to be expected’. On another level, by quoting the Old Testament to them (which He knows they know inside out) He seems to snub their position of authority as ‘teachers of the law’ (because they should know this stuff). Then here’s the genius of His answer to them. The quote He gives is from Psalm 8:2, but He doesn’t quote the whole verse. The part He quotes suggests that the praise of the children has been established by God. The full verse suggests that somehow the praise of these children will ‘drown out enemy talk’. Perhaps Jesus is making it clear to the Jewish leaders that He’s onto them – He knows what they’re plotting, and He knows the outcome.

Pray:
Father God, peel back the layers of your story;
Grant us eyes to see and minds which understand the depths of your love, your plan & your grace. 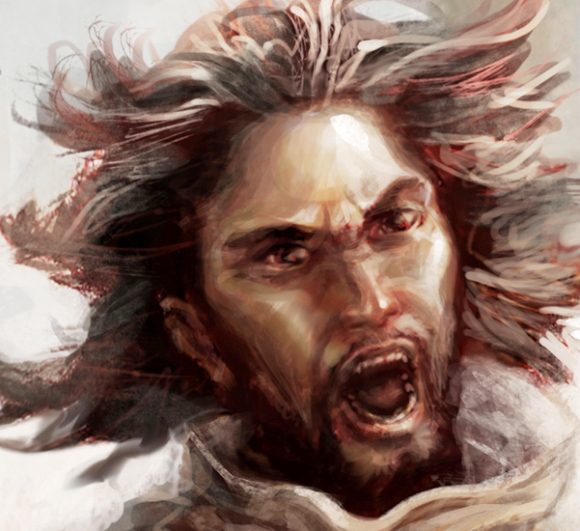