Not On My Watch 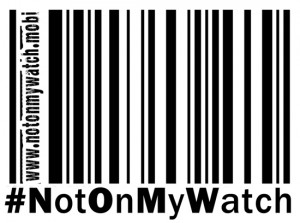 [continuing our exploration of Romans 12]

Yesterday we heard that we are to love sincerely; to love as Jesus loved, and because Jesus loved. We should love in the same way: genuinely & wholeheartedly; selflessly & sacrificially. And so on to the other half of that verse…

Personally I don’t like to use the word evil. But the Bible doesn’t have the same restraint. A quick search of the English Standard version reveals that the word evil appears 539 times. I think that today ‘evil’ is an over-used word – and so often mis-used. I think we’ve made light of what it actually means – we’ve watered it down and we now apply it to things that we simply find improper or distasteful. The Oxford English Dictionary defines ‘evil’ as:

The motto of the mighty Google Inc. is ‘Don’t Be Evil’. Pretty simple, and straightforward. But even if you cut out everything that’s evil, there’s still plenty of scope to behave in a way which is still immoral, it’s just not ‘profoundly immoral’. You can stick to that motto and still engage in extremely dodgy business practices. You can ensure that your company doesn’t associate itself with the forces of the devil or do anything harmful, but still behave in a way which people find unacceptable. Hating ‘evil’ simply isn’t enough – not for Google, and not for Christians. Thankfully Google goes even further than that. When explaining their ‘don’t be evil’ policy to investors they state:

‘“Don’t be evil.” Googlers generally apply those words to how we serve our users. But “Don’t be evil” is much more than that. Yes, it’s about providing our users unbiased access to information, focusing on their needs and giving them the best products and services that we can. But it’s also about doing the right thing more generally – following the law, acting honourably and treating each other with respect.’ – Preface to Google’s Code of Conduct

It goes on to say that they want their work & ethics to be measured against the highest possible standards of conduct, and that ‘trust and mutual respect among employees and users are the foundation’ of their success. Because of that they hold on to them tightly. Which brings us onto the next section of the verse: ‘hold tight to everything that is good’.

It’s not enough for us to hate evil, or for Google to aspire to ‘do no evil’. That’s a great starting point, but it must go hand in hand with ‘holding tight to everything that is good’. The suggestion is that even if we’re hating evil, unless we also hold on to what is good, it will somehow get away from us – either drifting away or being snatched away. We are to do both – hate evil and hold onto what is good.

How can we apply this practically to our daily lives? It’s a tricky one. The obvious thing would be to say that if you’re involved in anything evil, put an end to it. But that’s a bit too simplistic. Psalm 45:7 reminds us that God ‘loves justice and hates evil’, so I’d suggest that our role is to fight against evil wherever we see it, and campaign for justice. William Wilberforce led a movement which campaigned for an end to the slave trade, fighting against the injustice he saw – and it had an enormous positive impact for hundreds of thousands of people. But the fight isn’t over – it is estimated that there are still 27 million people stuck in slavery today, more than at any other time in history. There’s still a fight to be won.

Not just that – remembering that today’s definition of evil has been watered down, in order to ‘hold onto good’ we must stand against whatever we see is not good. That might be someone’s behaviour on the way to school or in class, or as we’re shopping, or wherever. We have a role to play in maintaining order and holding onto good. But our role is also to set a good example. William Wilberforce also aspired to ‘make goodness fashionable‘ through positive peer pressure.

So go and stand against evil, in the big and the small – stand up for the powerless; and hold onto good, and be a great role model to those around you – stand out from the crowd.

Reflect:
– as you watch the two videos below, don’t be put off by the style of music
– how does your heart feel as you listen?
– and what will you resolve to do in response? 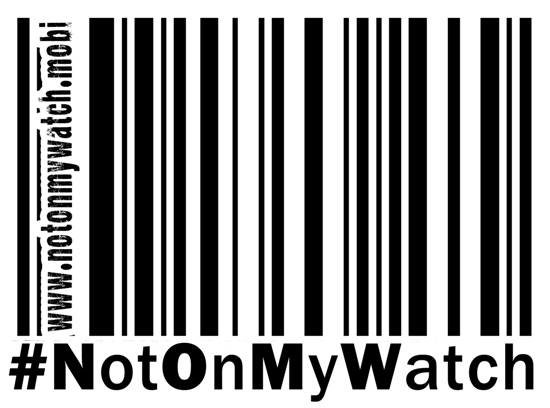