This week we continued our Identity series, and followed on from the last session on the theme of ‘Beloved’. We spent our time exploring just three verses [Mark 1:9-11] which contain the story of Jesus’ baptism: 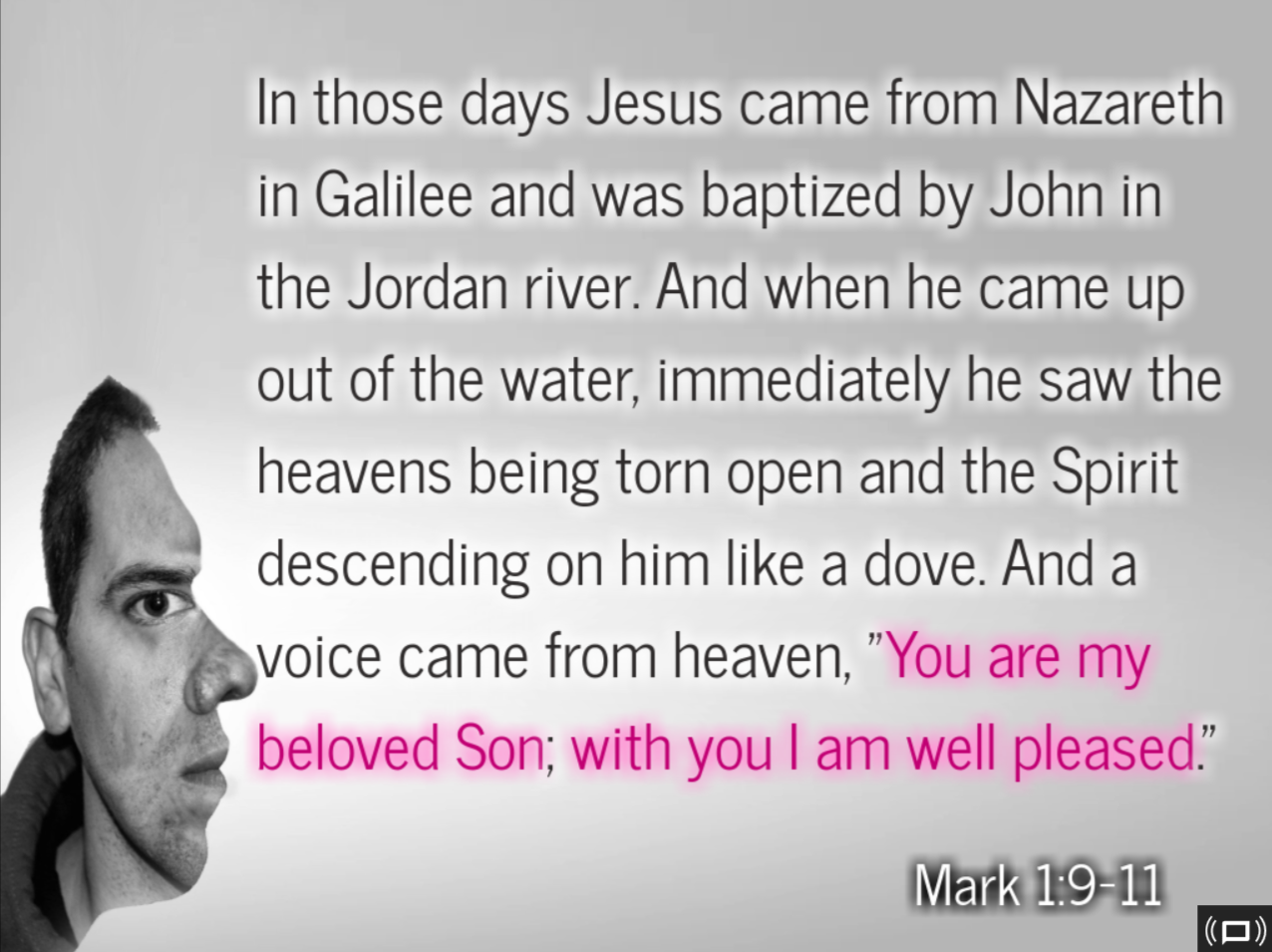 We generally agreed that the heavens being torn open was a reference to the clouds being drawn back and the sun streaming through. It was pointed out that there is precedent for the natural responding to something happening in the supernatural: on Good Friday, the sky went black and the earth shook, in response to the death of Jesus on the cross. We concluded that whatever was happening in these verses was significant.

In Isaiah 64, the prophet is surveying the scene around him, and it’s carnage; God’s people were behaving in a shameful way, far from the way God intended; the temple lay in ruins; Jerusalem was devastated and overrun. And his response was to beg God to ‘tear open the heavens and come down’. He saw the heavens as a vast curtain concealing God, and he pleaded with God to come to earth and have His way among His people. And here in Mark 1 we see God has come to earth, and Jesus is the way.

There is a further connection to Good Friday. As Jesus died, the sky turned black and the earth shook, and at that time the curtain in the temple was torn in two.

The Flow of Love in the Trinity

We noted that in these three verses we see the earliest and clearest picture of the Trinity: God the Father, the Son & the Holy Spirit: 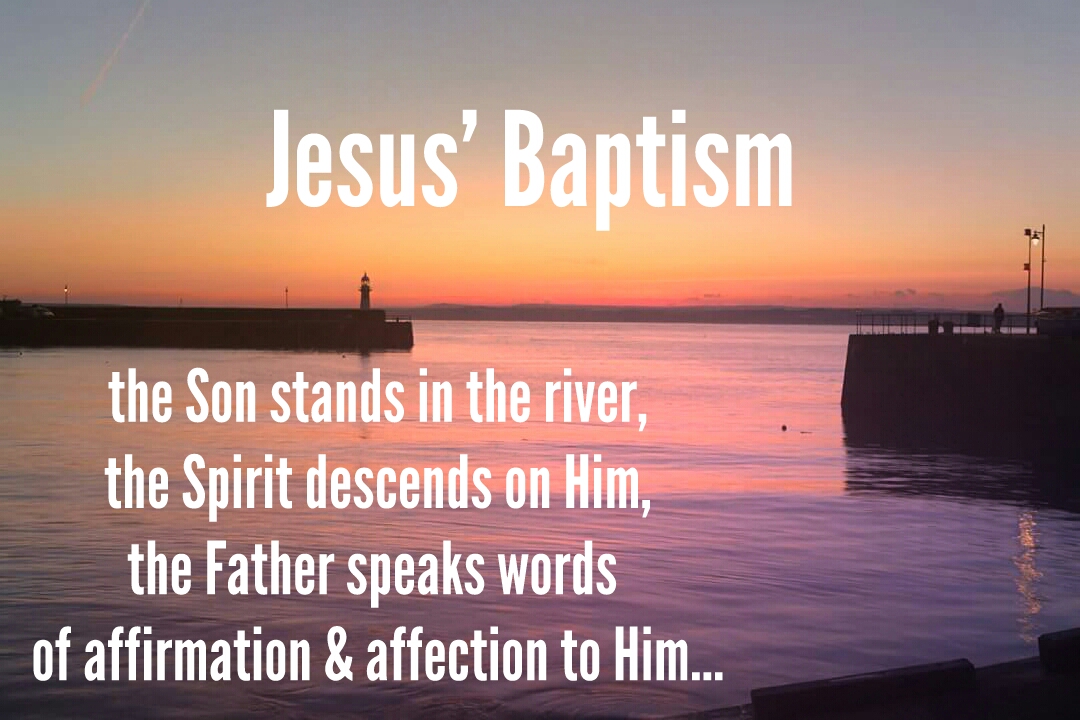 In this exchange of love within the Trinity, we see our Heavenly Father speak words of affirmation and affection over Jesus: ‘You are my Beloved Son; with You I am well pleased‘

At this point in His life, Jesus hadn’t done anything of note, and yet His Father is not just pleased with Him, but ‘well pleased’. After this Jesus goes into the desert for 40 days & nights and is tempted by the devil, then He calls His disciples, before heading off and healing lots of people & preaching a little. Arguably that’s more note-worthy & significant than making a few tables & chairs with Joseph.

Before He’d preached a word or performed a miracle, Jesus was loved. He ministered from approval, rather than for it. He didn’t earn His Father’s love, He knew He was already loved. 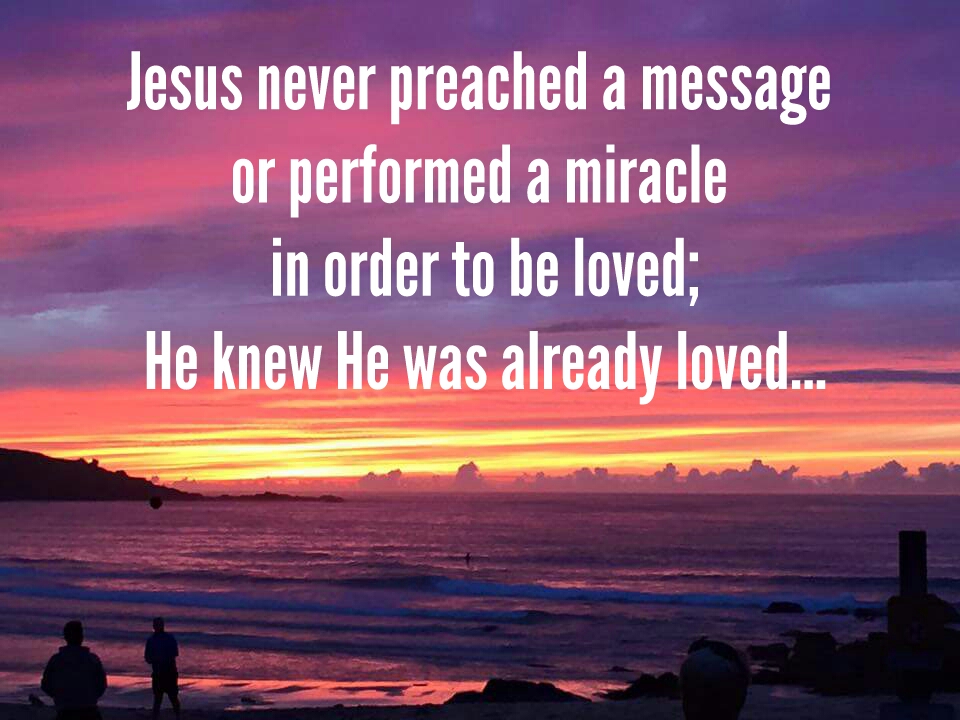 The same should be true of us. As we’ve seen before in this series, we don’t need to earn God’s love or approval. Easter reminds us that God loved us enough to sacrifice His own Son in our place, even before we’d done a single thing.

Activity: Come To The River

Imagine yourself in Jesus’ place, standing in the river. God wants you to receive the affirmation that Jesus did, not for what you’ve done, but simply for who you are.

Play this song to accompany the activity: 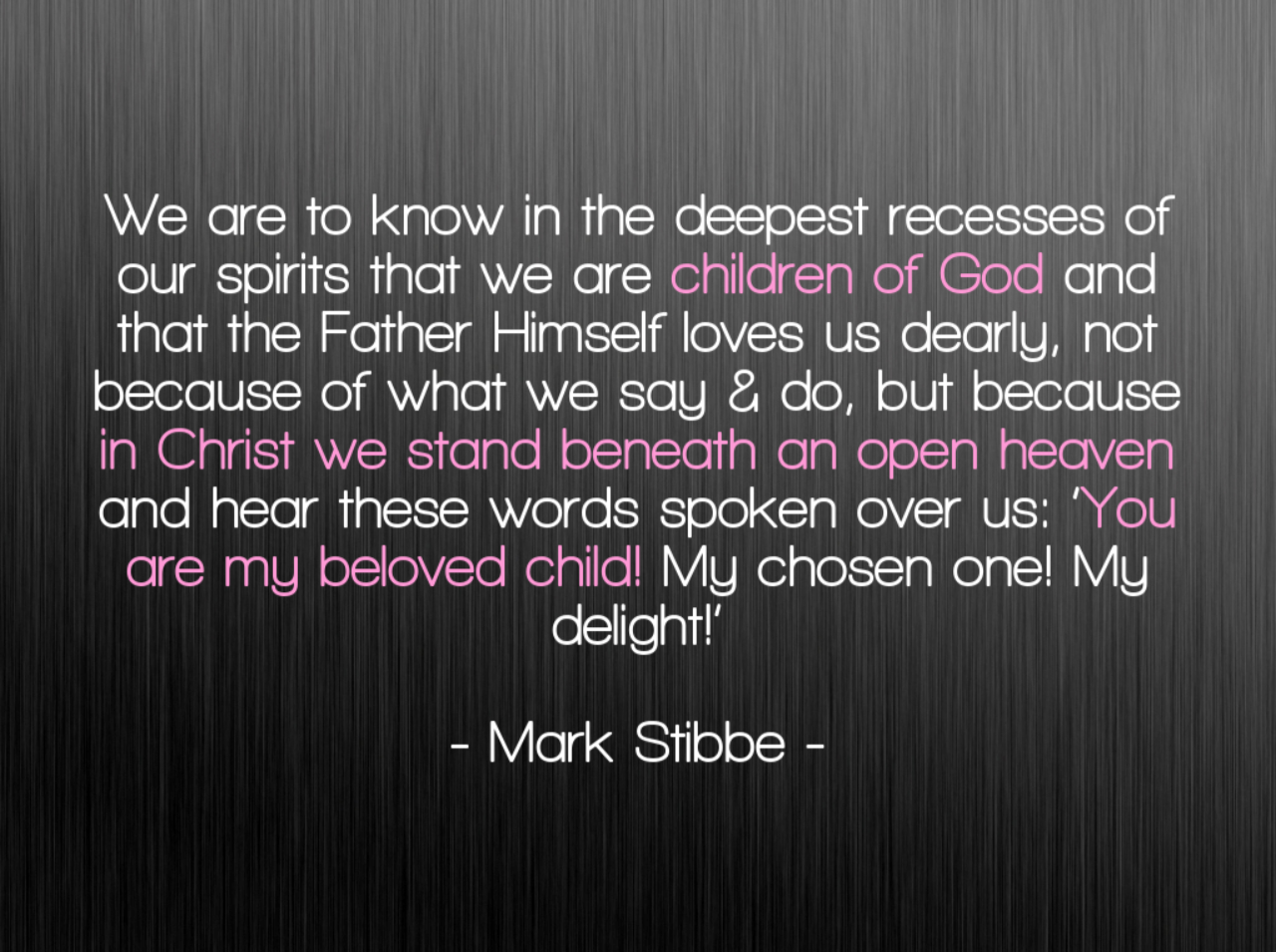