Have you ever been in a no-win situation? Where whichever course of action you take you’re going to upset or disappoint someone. And even though you’d give anything to avoid friends/family getting hurt or upset, there just doesn’t seem to be a way out. Now imagine yourself in a no-win situation where you’ve been put in it deliberately – someone is stirring up the situation to cause trouble and whichever choice you make, there’s going to be trouble. That’s the situation in which Jesus finds Himself in today’s passage:

Then the Pharisees went and plotted how to entangle him in his words. And they sent their disciples to him, along with the Herodians, saying, “Teacher, we know that you are true and teach the way of God truthfully, and you do not care about anyone’s opinion, for you are not swayed by appearances. Tell us, then, what you think. Is it lawful to pay taxes to Caesar, or not?” But Jesus, aware of their malice, said, “Why put me to the test, you hypocrites? Show me the coin for the tax.” And they brought him a denarius. And Jesus said to them, “Whose likeness and inscription is this?” They said, “Caesar’s.” Then he said to them, “Therefore render to Caesar the things that are Caesar’s, and to God the things that are God’s.” When they heard it, they marvelled. And they left him and went away. – Matthew 22:15-22 ESV

The Pharisees were the most vocal and influential of the Jews. Here it is clearly stated by Matthew that they were out to cause trouble – they’ve been plotting to ‘entangle Jesus in His own words’. They’re trying to create a situation where He’ll say something which either produces evidence which they can use against Him, or simply causes difficulties. They’re so desperate to do this that they even join forces with the Herodians (a Jewish sect and political party who supported the Romans), who are usually their opponents (except that they plot together in Mark 3 to kill Jesus for healing on the Sabbath). The leading Pharisees didn’t go themselves, instead they sent their own disciples – perhaps in an attempt to catch Jesus off-guard – maybe their disciples would be seen as less of a threat (if any at all).

They start by praising Jesus: ‘you are true & teach the way of God truthfully; you don’t care about anyone’s opinions’. Then when they think they’ve buttered Him up sufficiently, they lay their trap in the form of a question which is impossible for Jesus to answer correctly – without causing offence. They ask ‘is it lawful to pay taxes to Caesar, or not’? Now to you and me that doesn’t sound like too tough a question – certainly not an impossible one. Let’s delve a little deeper.

Remember that the Jews in Jerusalem are living under Roman occupation. They hate the Romans, and they hate that they have authority over them. They’d love nothing more than for the Romans to be defeated and wiped out. But because the Romans are the ruling authority, the Jews have to pay taxes to them. They hated paying taxes too. Caesar believed he was the highest authority in the land, and ordered people (under threat of death) to profess that ‘Caesar is lord’.

So if Jesus replied that it was lawful to pay taxes to Caesar, the people of Jerusalem (those who praise Him as He came into the city) would turn against Him for taking the side of their oppressors. But if He said ‘it is not lawful to pay taxes’ then the Herodians (supporters of the Roman authorities) would have evidence that Jesus was inciting rebellion – encouraging people to disobey and disrespect Caesar.

At first Jesus rebukes them: ‘why put me to the test, you hypocrites’? Then He answers in the way that Jesus knows best (and that your English teacher hates) – He answers a question with a question. He asks whose image the coin bears – which the answer is Caesar. Then He says that they should give to Caesar what is Caesar’s (what bears his image) and give to God what is God’s. So Jesus, like a modern day politician, doesn’t really answer the question. He gives an answer of sorts – but it doesn’t really address the issue and doesn’t seem to make any sense. But let’s look again – this time a little deeper.

If they are to give to Caesar that which bear his image, then what exactly are they to give to God? Answer: that which bears God’s image. And any good Jew, with a near perfect knowledge of the Old Testament, knows that what bears God image is mankind. It is made clear early on in Genesis that we are all made in God’s image. His answer is genius. Not only does He not offend the Herodians and give them evidence against Him, He also makes it clear that He hasn’t come to overthrow the Romans. He doesn’t set Himself up in opposition to them – they seem to be an irrelevance to Him. It is not about setting religion against political power – church vs. civic authorities. We are to obey those who are in power over us – but we are also to devote ourselves to God.

When they heard Jesus’ answer ‘they were amazed’ and ‘they marvelled’ at it. It really was genius…

Reflect:
– most people pay taxes reluctantly (we know we should, but we don’t like to)
– does that describe the way you give yourself to God?

Pray:
Father God, help me to give myself to you out of love rather than reluctance. 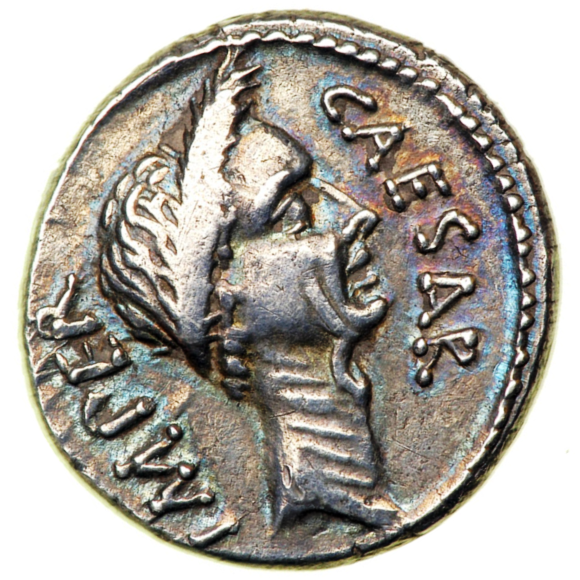