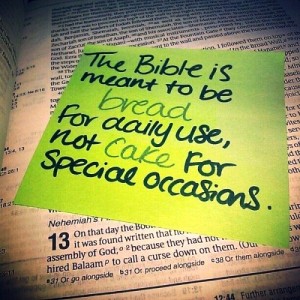 I’m a big fan of Twitter. At the time of writing I have 874 followers, and I follow 441 people/organisations. Some are people I know personally, some are acquaintances, others I have things in common with. I’m interested in what (most of them) have to say, but I struggle to keep up with all the conversations and information each day. Lots of it just passes me by and has absolutely no impact on me at all. Just because I’m their follower, doesn’t mean they have any particular influence over me.

A friend recently described following someone on Twitter like this: ‘studying someone without getting to know them isn’t friendship, it’s stalking’. [coincidentally, did you know that Twitter was almost called ‘FriendStalker’ / but everyone knows that Facebook is far better for stalking ;o) ]

I wonder if that describes your ‘relationship’ with Jesus. Are you someone who knows all about Him, and maybe even studies Him, how He lived and what He said? Do you describe yourself as a follower of Jesus? Because that’s all pretty pointless unless we get to know Him and allow Him to have influence over us.

As Jesus was walking along, he saw a man named Matthew sitting at his tax collector’s booth. “Follow me and be my disciple,” Jesus said to him. So Matthew got up and followed him. – Matthew 9:9 NLT

Most translations simply have Jesus saying ‘follow me’, but I’ve chosen the New Living Translation because it goes further, adding ‘and be my disciple’. Being a disciple isn’t the same as being a follower. Disciple means ‘learner’. Don’t just follow Jesus – but learn from Him. Allow Jesus, His example and His teachings, to have influence over your life.

God wants us to grow up, to know the whole truth and tell it in love—like Christ in everything. We take our lead from Christ, who is the source of everything we do. – Ephesians 4:15 MSG

Reflect:
– How have I allowed myself to be taught & shaped by Jesus’ example?
– Am I willing to lose the person I am now in order to be more like Jesus?

Pray:
As you listen to this song, make this your prayer: [view lyrics] 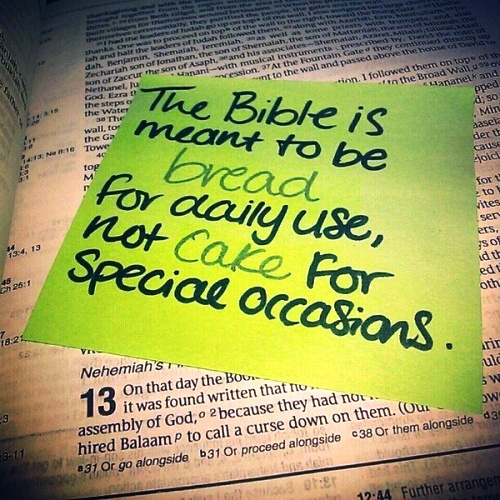